Listen to Tamara Kissane's THE NEW COLOSSUS streaming on your favorite podcast platforms!

"Anton Chekhov's roundelay of love, art, and misery in late-19th-century Russia is so resilient to interpretation that someone is always coming along to rough it up again...The six 20-minute episodes form a full-length drama, available at Apple Podcasts or the play's website. With original music by Skylar Gudasz, who just dropped her album Cinema, it features a great local cast, including Edith Snow, Carly P. Jones, and Susannah Hough.

Listen to THE NEW COLOSSUS here!

Curated Conversations with The Black On Black Project
"On episode 11 of Curated Conversations we chat with the owner of Durham-based Empower Dance Studio Nicole Oxendine and artist, performer and arts administrator Carly Prentis Jones about their career paths, how they use the arts to impact the community and how their respective organizations are pivoting in light of the COVID-19 pandemic."

Watch the whole interview here at The Black on Black Project!

"The Bulldog Ensemble Theater production of Howard Craft’s Orange Light delivers not only an emotional tribute to the people who perished in the 1991 Imperial Foods fire in Hamlet, North Carolina but also a piercing indictment of how the aftermath was handled by those who had the power to affect change."

Read more of the review from RDU on Stage: "Carly P. Jones also delivers a heartbreaking performance as Wilma’s best friend, Laverne. And although not a musical,  both Jones and Schafer are impressive vocally in their poignant, soulful solo numbers."


Check out the in-depth IndyWeek article about this powerful work by Howard Craft. More to come about future developments!

Listen to the NPR, WUNC interview about Orange Light: "Bulldog Ensemble Theater is the home of “Orange Light,” a new fictional play inspired by the 1991 tragedy by poet and playwright Howard L. Craft. The production features music — but is not a musical — movement, drama and an all-female cast. Seven actresses portray 20 different roles on stage.

Craft commissioned recording artist and singer/songwriter Rissi Palmer to create original songs for “Orange Light.” Host Frank Stasio learns more about this production in a conversation with Craft, Palmer, and two featured actresses: Carly Prentis Jones and Lakeisha Coffey. These artists talk about the collaborative effort behind this production and about why this nearly 30-year-old tragedy is still very relevant today."

I love being a part of telling stories that are to create change, to give a voice to the voiceless. And that is exactly what Howard does through this play. - Carly Prentis Jones

Carly has been cast as "Camila Rosario" in this incredible show. Learn more here about the full cast!

Background: This was the first successful musical that Lin Manuel Miranda wrote before his success with Hamilton. “In the Heights tells the universal story of a vibrant community in New York’s Washington Heights neighborhood – a place where the coffee from the corner bodega is light and sweet, the windows are always open and the breeze carries the rhythm of three generations of music. It’s a community on the brink of change, full of hopes, dreams and pressures, where the biggest struggles can be deciding which traditions you take with you, and which ones you leave behind.”

Hear more about Camila Rosario and the show in Carly's interview with Triangle Arts & Entertainment!

More information about the show and tickets can be found on North Carolina Theatre's website.

Thank you to hosts, Gabriella and Camille, for inviting me to be a part of this inspiring podcast! Check out what they have to say about this episode here:

About the episode: Authenticity is a defining characteristic of a person who chooses hustle over entitlement.  Carly Jones shares her story of how honoring her roots, her talent, and her calling to amplify the voices of others has made for a rewarding and fulfilling career path. 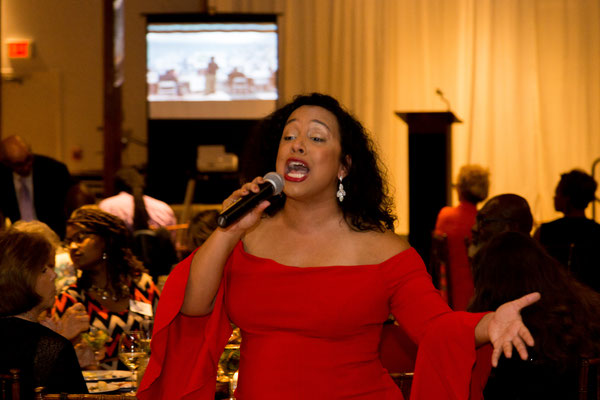 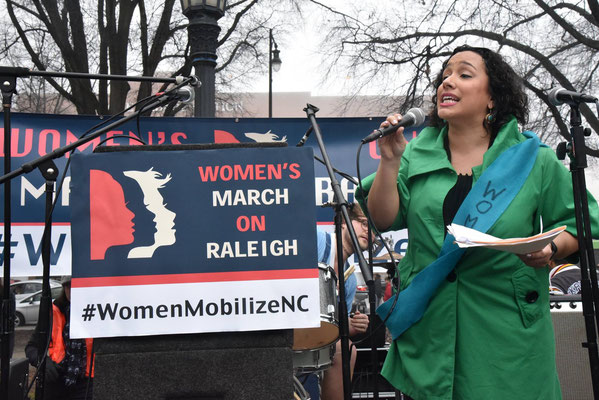 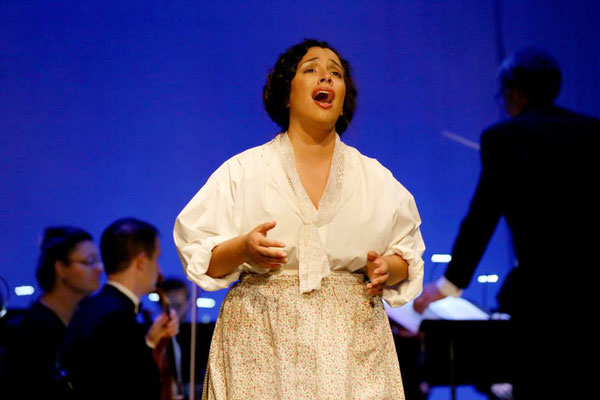 Carly Prentis Jones is a theatre artist, singer, arts advocate and cultural activist who seeks to elevate social consciousness through the arts. She is a proud Raleigh native and performs on stages throughout the region. Carly is a versatile artist, performing in opera, musical theatre, as well as in classic and contemporary theatre. She attended Miami University in Oxford, Ohio where she earned a Bachelor of Music in Vocal Performance, a Bachelor of Arts in Black Music History, and a minor in Arts Management.

When she is not on stage, Carly works in arts administration with organizations throughout North Carolina. She has used her creativity and her event planning skills to assist with large social justice movements and marches throughout the state. Her efforts in furthering social justice include collaborations with the NC National Organization for Women, The Black on Black Project, Bull City Black Theatre Festival, Artists United, Voices for Justice and various other change agencies and arts organizations. Carly has served on the Steering and Planning Committee and emceed The Women's March on Raleigh for the past two years. Carly was a 2015 New Leader's Council of North Carolina Fellow and she is currently the 2018 Co-Director for the state chapter.

Carly's "sweet spot" is when her two passions - the arts and activism - are combined to create the most powerful form of expression - artistic activism or "artivism". Carly believes that the arts can be powerful and effective tools used to express different perspectives and points of view while cultivating empathy and bridging divisions throughout our diverse country.